Frustrated by the limited attenuation and power handling capacity on most over-priced commercial attenuators, I decided to build my own.

The Dampulator Mk1 uses high quality components and build, to make the most of a simple design.

It’s designed for high attenuation. If you only need a small amount of attenuation (eg 6 or 12 dB), you’re better off using the master volume on your amp if it has one, or, use a commercial attenuator, since there are a variety that do small attenuation levels well.

It’s working really nicely. And now I can finally attenuate my amps down to some reallly quiet volume levels, I’m getting in a lot more guitar practice, and my playing is improving a lot, at last!

It uses a purely resistive load, because the idea that attenuators should use a reactive load (with inductance) to more accurately emulate a speaker cab, is almost complete nonsense, for several reasons:

I’ve also deliberately not bothered to include a high-frequency (HF) boost. Most attenuators include a switch to provide one or two levels of high frequency boost, based on the idea that our ears are less sensitive to high frequency (and low frequency actually), when at low volumes. And there is some truth to this, but it is really less applicable than people think. Once again, it’s more marketing hype than a useful feature. It’s used by commercial products so they can say “hey our product has a HF boost so ours is better”. But… not really. The human ear’s sensitivity drop-off for HF at low volumes, isn’t really significant until above the frequency range of most guitar sounds (which are actually quite low, even with distortion adding some higher-frequency harmonics).  If you’re going to add a HF boost, it should be a subtle boost only, and done very well. Most attenuators only include HF boost for marketing reasons, so they don’t bother to do it well. For example, the THD Hotplate is known to sound quite harsh because it lets through too much HF. It’s better not to even bother. If you’re playing something through an attenuator, and you think it sounds a bit dull, it’s better to turn up the treble on your guitar or on your amp a little rather than try to use a crappy HF boost on the attenuator. So I haven’t bothered adding one, and I haven’t missed it at all.

I’m currently using my little Dampulator Mk1 to tame down my Cream Machine, and my HiWatt 100 watt amp. The Cream Machine is only a 1 watt valve amp, but I like to play it through a Marshall MF280 cab, to get a nice rich cab sound, and even a little 1 watt amp with volume turned down to 1 out of 10 is too loud to play in the dead of night, through a full-size cab. Now, i can crank the gain and volume as high as I want, and get some real pre-amp and power-amp distortion, at low volumes 🙂 The HiWatt isn’t even a valve amplifier, it’s a solid-state, so there’s probably not much benefit in running it flat out through the attenuator – but, again, even the solid-state amp doesn’t work all that well when the master volume is turned down to 0.5 or 1 out of 10… so the attenuator lets me run it, quietly, with volume at 3 or higher, and it sounds a hell of a lot better.

I can’t wait to try it with my Marshall DSL50 which is currently 1300 km away in Adelaide, but I’m heading back in January, to grab it and some other gear. 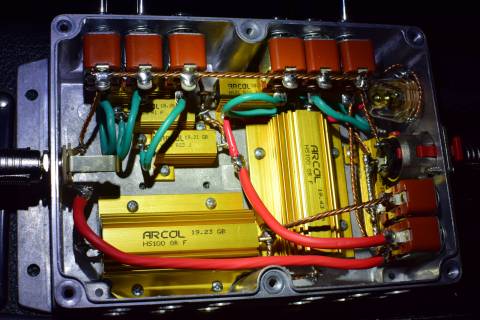 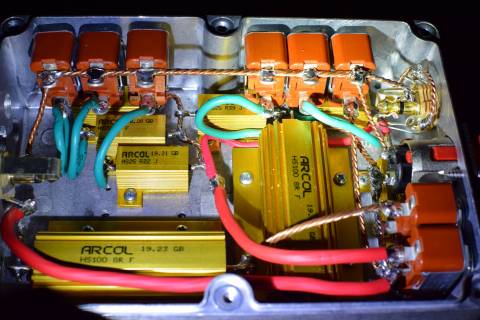 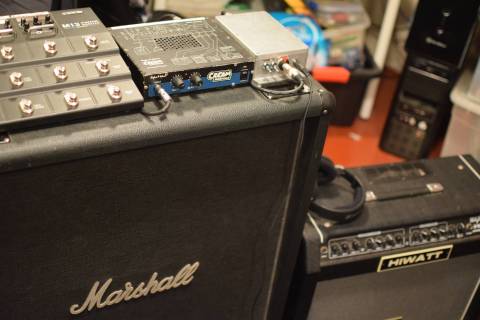 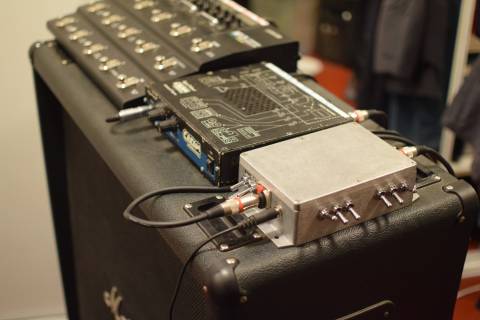 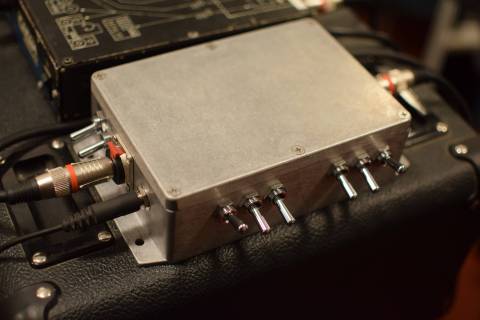 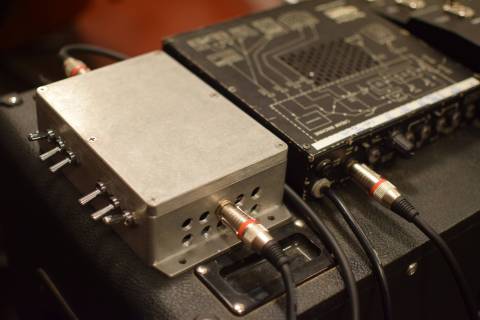