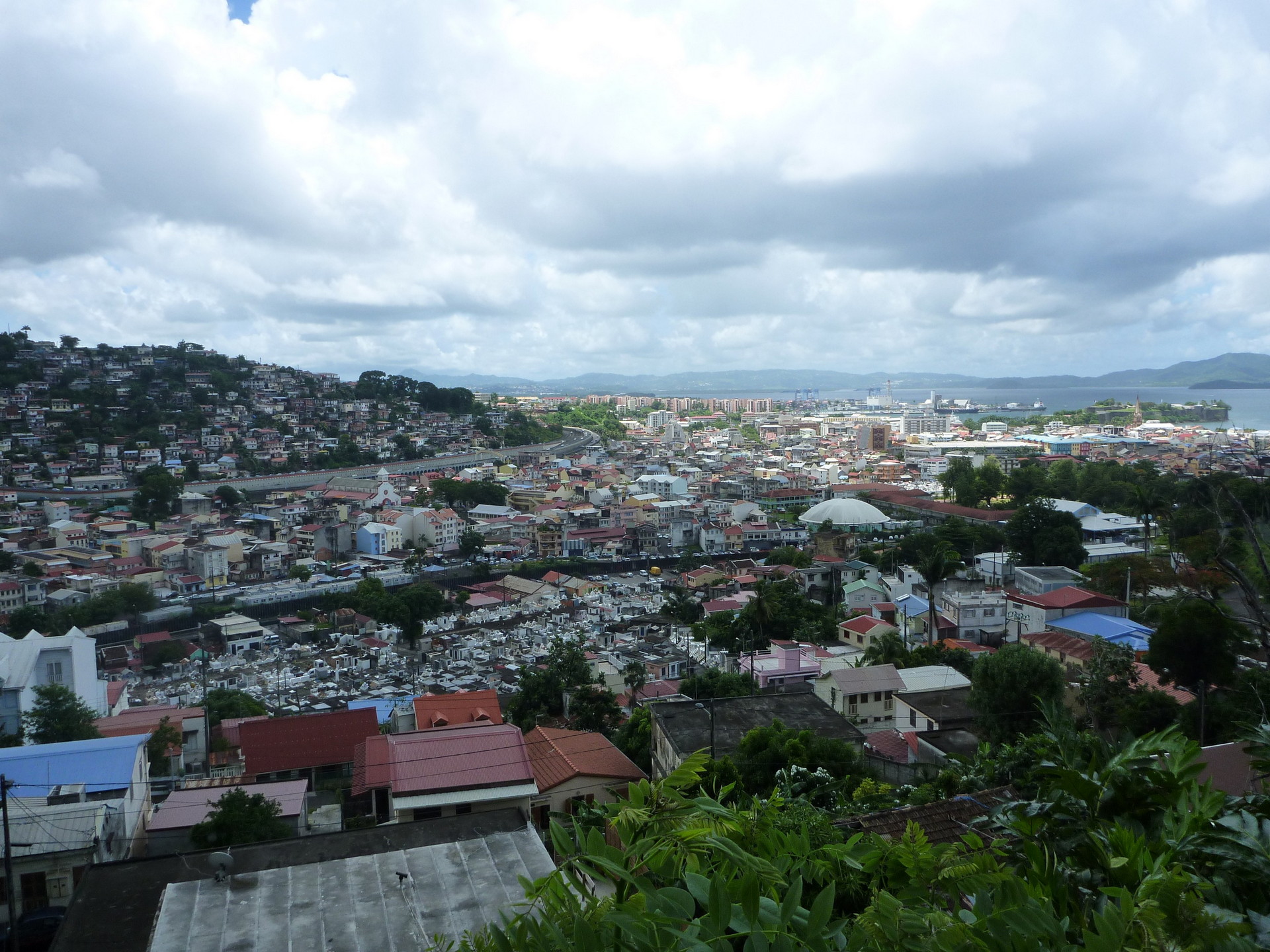 Martinique is a gorgeous island in the Caribbean. Officially, it is still a part of France, and our survey was commissioned by the French hydrographic agency, SHOM.

Unfortunately, I had very little time to explore Martinique, with the airborne system playing up and with a lot of extra work to integrate a new hyperspectral imaging system which we were using for the first time. In addition to the LIDAR survey of the surrounding waters, the hyperspectral system was used to survey the whole of the island itself, providing topographic elevation data and hyperspectral imagery.

We also had some issues due to the fact that we’d just swapped planes with the Navy. The Navy’s Fokker F27 was almost due for a major maintenance overhaul, and the decision had been made to retire the 40-50 year old aircraft before the overhaul became due. We therefore installed the LIDAR system from the Fokker in our Dash-8 aircraft, and then leased our Dash-8 to the Navy. Our LIDAR system, just removed from the Dash-8, was installed in the Navy’s old Fokker aircraft, which (briefly) became our survey aircraft.

We only did this one job, Martinique, with our system in the Fokker. Our new LIDAR system was being built back in Adelaide, and once the new & much more compact system was ready, we were able to install it in light aircraft available worldwide through our parent company, Fugro.

I spent a lot of time helping Aaron (our airborne system engineer), working on the airborne system in the aircraft- often past 1am, in incredibly hot & humid conditions. Normally, in our Dash-8, we would’ve just fired up the auxiliary power generator in the aircraft & run the A/C and that would’ve been sufficient. But the Fokker had no auxiliary power generator, so when the main engines weren’t running it had no power or air-conditioning. We had to wheel out a diesel generator from the maintenance hangar and fire it up in order to get power to the aircraft. Even then, the Martinique weather was so hot & humid that with the aircraft running on ground power, the A/C still wasn’t enough. When we were going to be working on the system for any length of time we had to use additional portable A/C units to cool down the plane, the system, and ourselves.

Some photos of laser & system testing and other work going on in the Fokker: 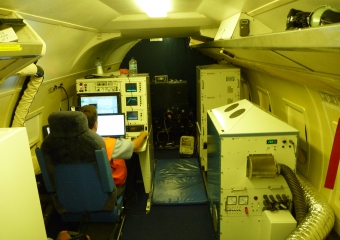 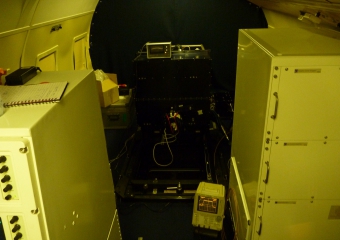 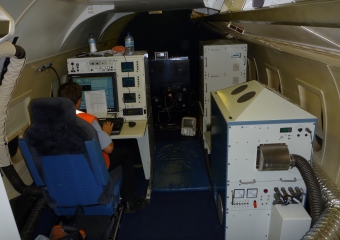 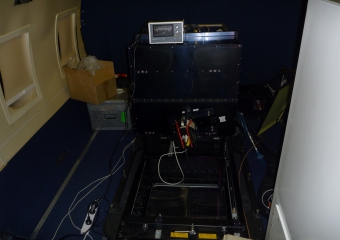 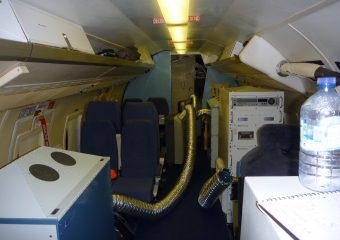 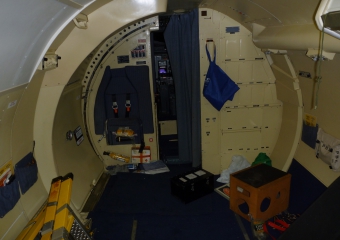 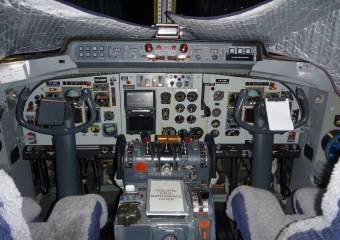 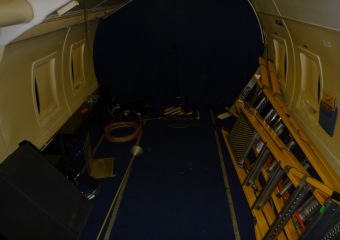 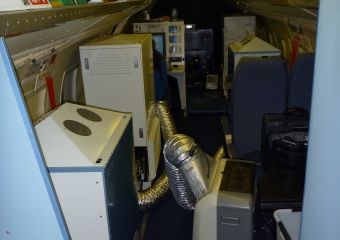 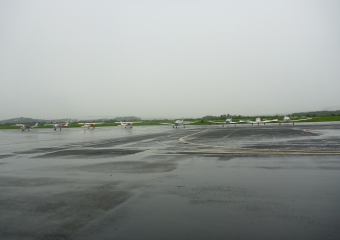 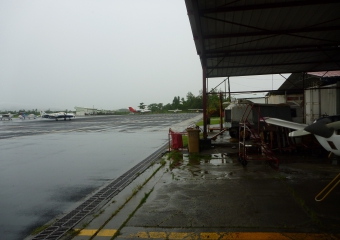 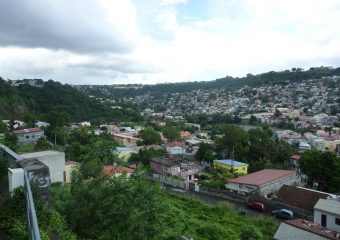 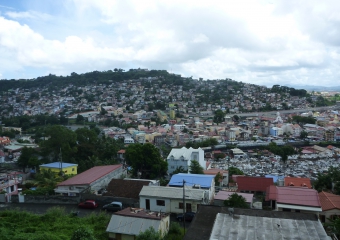 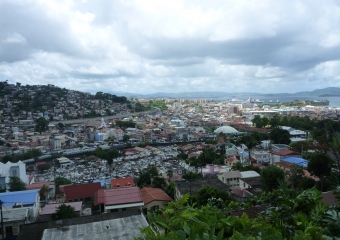 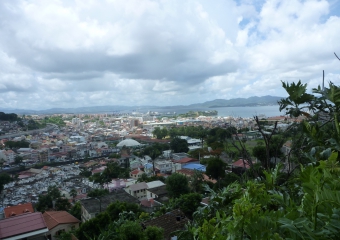 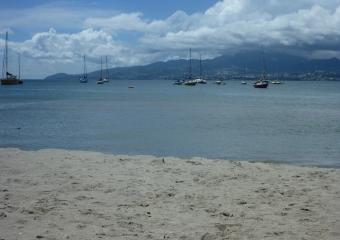 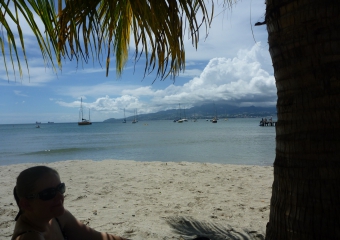 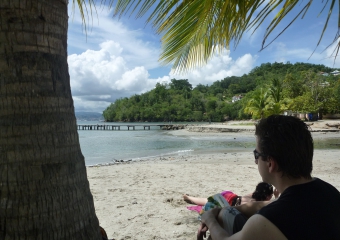 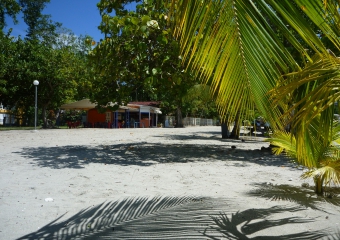 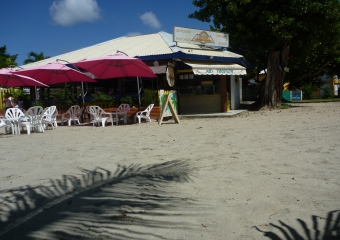 Photos of the tropical butterfly enclosure inside Singapore Airport, which I passed through on the way to Martinique: 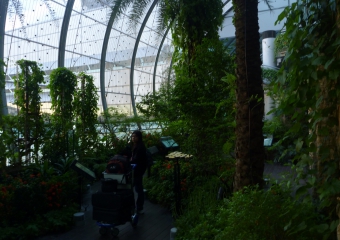 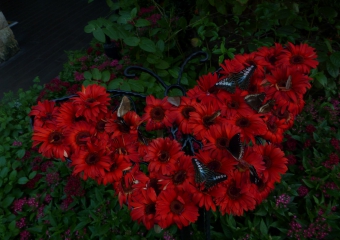 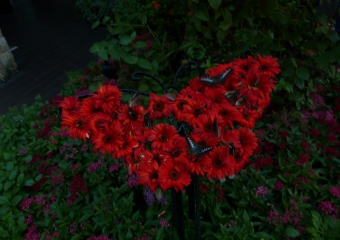 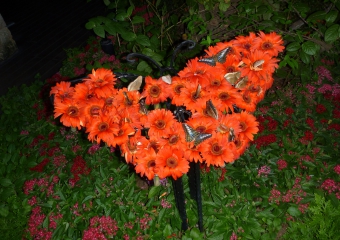 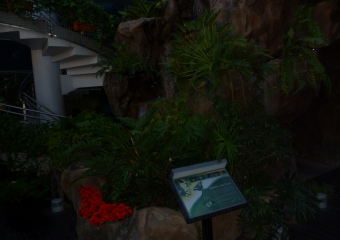 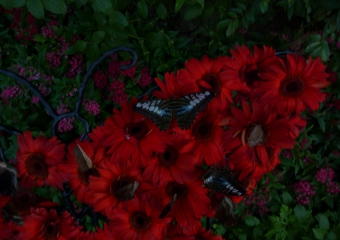