Below is a great little high-powered workstation I built for work in Saudi Arabia. Based around an excellent Silverstone case. There are two SSDs squeezed under the block of 4×3.5″ disks. The 2×5.25″ slots at the top house four removable SSDs in the Supermicro SSD bay, and one removable 3.5″ disk in the Addonics bay. That’s a total of 5×3.5″ drives & 6xSSDs in this mini-tower case. The high-performance 6-core (12 HT) CPU is being cooled by an excellent and quiet Nanoxia fan & heatsink.

I can definitely recommend Silverstone cases for custom pc builds, they’re well-priced, well-made, and very-well designed, maximising use of space and with excellent fan placement for good airflow.

Note: the removable drive bays do slide all the way into the case, they’re just hanging halfway out in the photograph as we were still working on the machine: 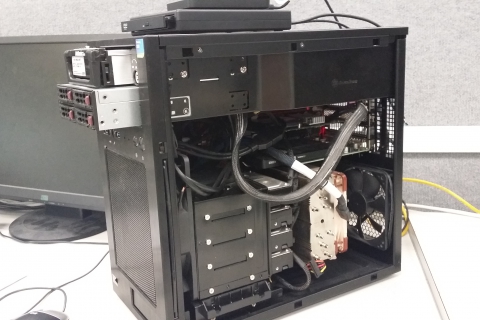 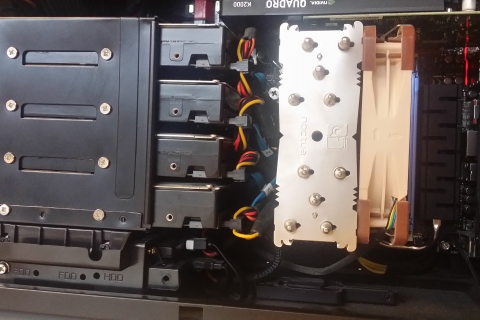 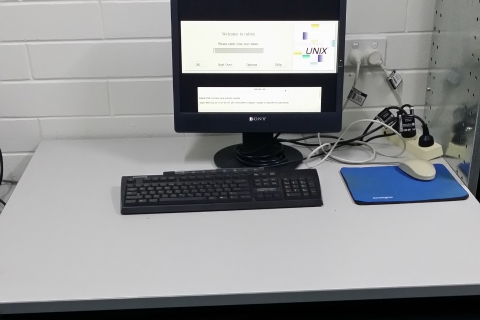 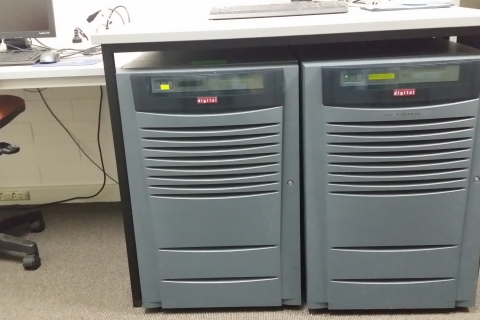 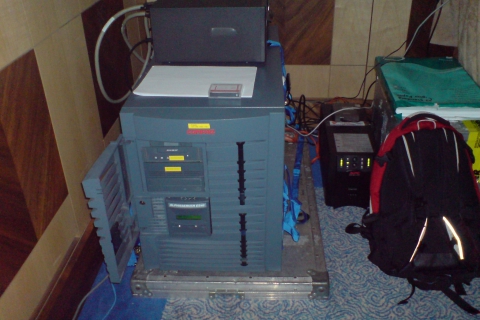 Ancient MIPS servers, we retired these in 2008, fortunately, as they were becoming difficult to maintain: 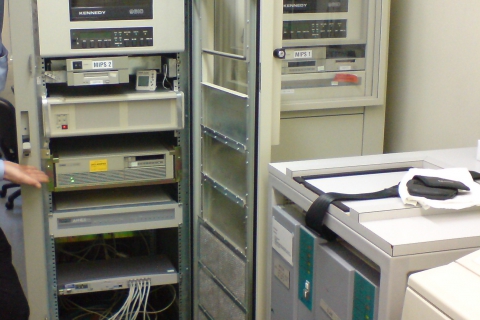 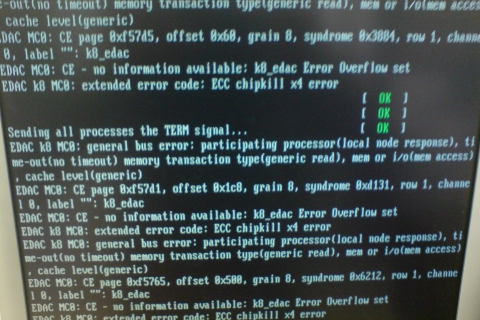 Bad memory in an Nvidia quadro graphics card – changing colours and characters on the terminal display: 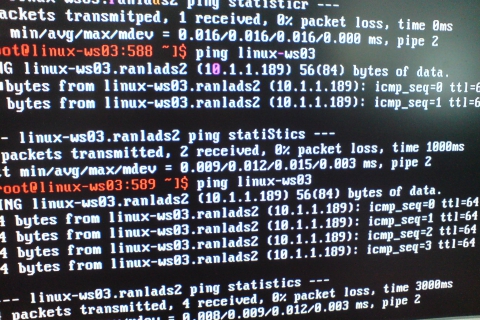 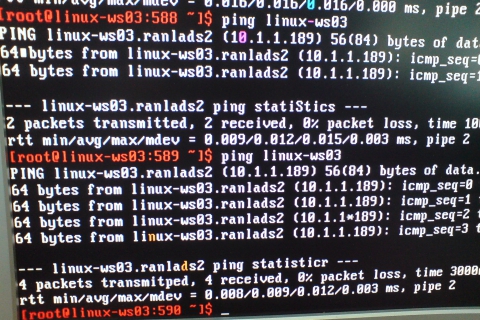 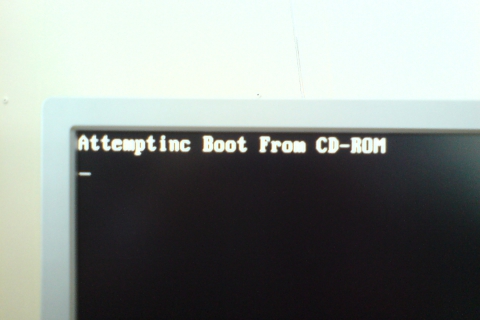 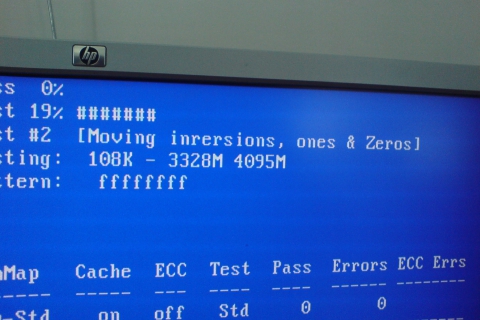 Double-boxing – the only way to make sure fragile equipment isn’t smashed when freighting around the world: 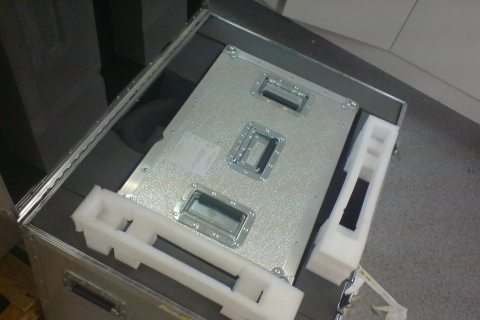 This really annoyed me. The Fedora 23 installer lies. It clearly says it will not touch your disks until you give the go-ahead to install, But here, prior to the install, I caught it running e2fsck with “-p” (preen) option, which DOES modify the filesystem: 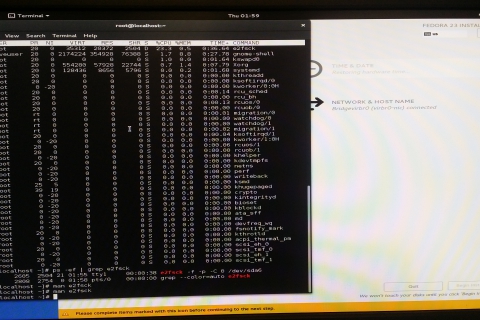 Annoying BIOS problems installing RAID controller & HBA on HP Z400 workstations. Had to juggle the cards around in the slots, eventually found locations that worked: 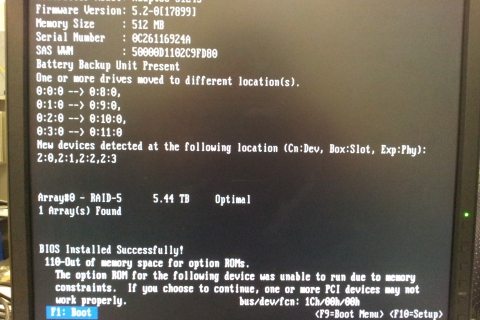 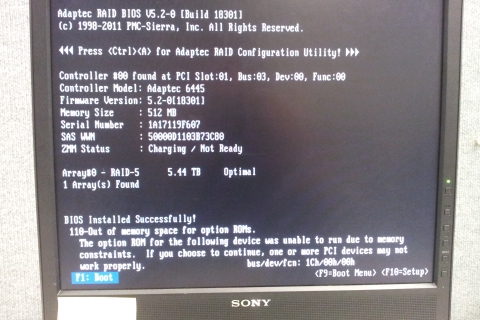 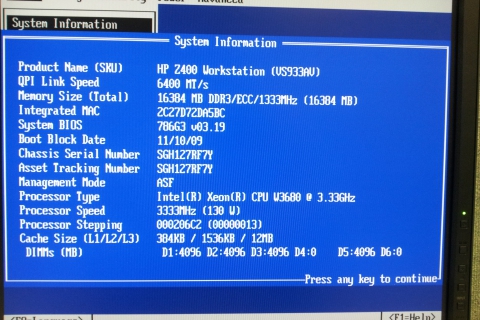 Linux kernel oops. These can be frustrating. For a while, NFS4 was triggering too many oopses similar to this: 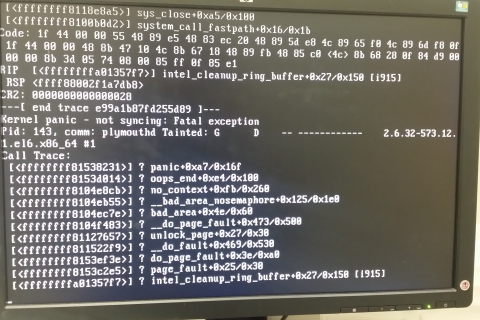 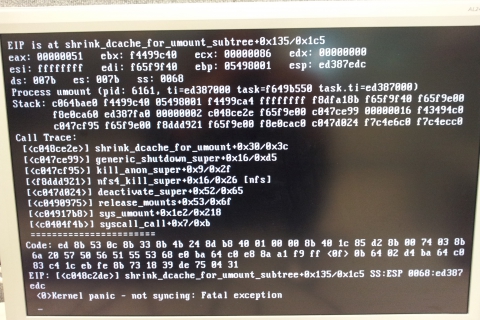