The CM uses two valves, a 12AX7 (ECC83) for the pre-amp, and a 12AU7 (ECC82) for the power stage. Valve puritans generally don’t completely approve of using an op-amp to add distortion in a full-sized amp, but with only 2 gain stages instead of the 3 stages used in most full-sized amps, the CM can be forgiven for making judicious & excellent use of an op-amp to add some wicked-sounding extra distortion.

When played through a full-size speaker cabinet like the ubiquitous Marshall 1960A, or the more-bassy MF280 which I use, this little one-Watt powerhouse is loud in a normal-sized room. For those who want heavy Marshall-style distortion at domestic sound-levels, there are few amps which can compare with one of these. If you also consider the versatility & compactness of this amp, there is nothing else like it.

The Cream Machine was manufactured in West Germany for a short while starting in 1987, so these amps have a few years on the clock now. Although my CM was still sounding fine, I decided to do a re-cap in 2015, as by then the amp was 28 years old, and at that age it can’t hurt.

Some pictures of the externals of my own little CM: 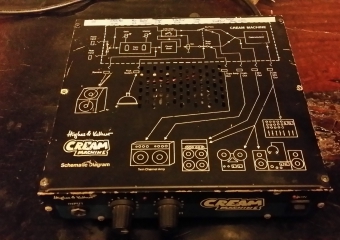 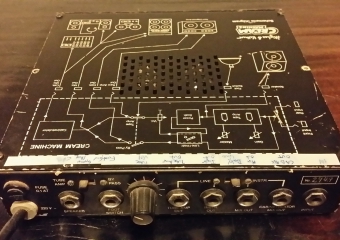 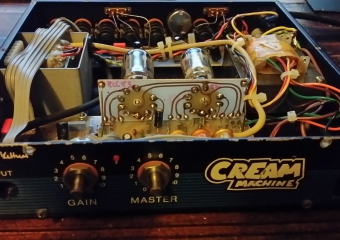 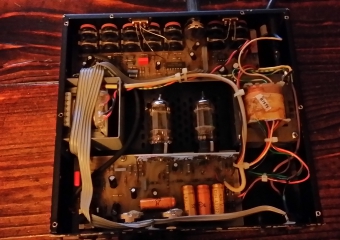 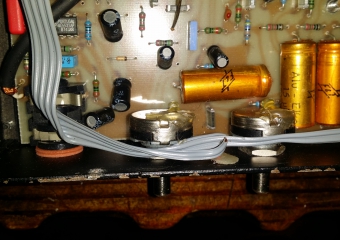 After replacing every electrolytic capacitor in the amp, I don’t think the sound was noticeably better, but the amp should last another 30 years now. In the photos below, you can clearly see the new black 15uF F&T caps, in place, and if you have a close look, you can see all the other smaller electroytics have been replaced as well: 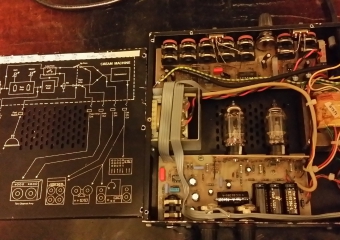 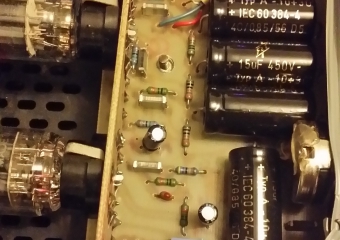 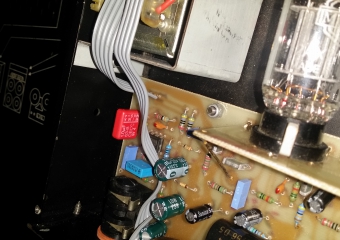 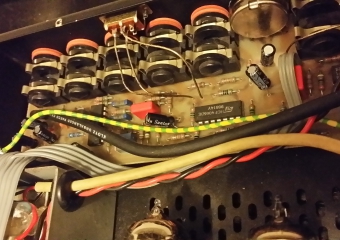 Comparing the old photos to the re-capped photos you might notice a black cable has moved in the later photos dated 2017. The cable was connecting the front guitar input to the back input. I disconnected this cable a while ago, as it was a possible EMF antenna and I was getting a lot of hum when playing near my Panasonic plasma television. Detaching the cable (which just disables the rear input) made no difference to the hum, so at some point I’ll have to re-attach this internal cable for those rare occasions when it might be nice to use the back input.

The hum problem turned out to be a faulty Amphenol plug on what was an otherwise high-quality & very-well-shielded guitar cable. It was nothing to do with the soldering, the strain-relief, or the cable, which were all good. The Amphenol plug itself was faulty. From now on I’ll be using Neutrik connectors on my guitar cables whenever I have a choice.