A while ago I purchased a used Marshall JCM2000 DSL50 guitar amplifier, but it wasn’t long before I noticed it had a problem. Every now and then, the sound would just die, and the valve-glow would fade out. After a bit of groaning and gnashing of teeth, the amp would always fire up again and carry on, so I let the problem go for a while. Eventually I hit an annoying patch, where the amp wouldn’t stay on for 15 minute without having a fade-out, so I bit the bullet & pulled it apart to take a look.

Marshall JCM2000 amps are not the easiest amps to work on, and intermittent problems can potentially be very tricky to fix. So I was not looking forward to this, but something had to be done.

The first thing I did was inspect all the boards for signs of overheating/cooked components, or dry/cracked solder joints – but that all looked good.

Then I started looking a little closer, and here is what found: 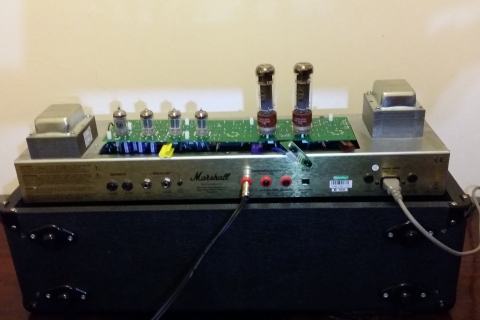 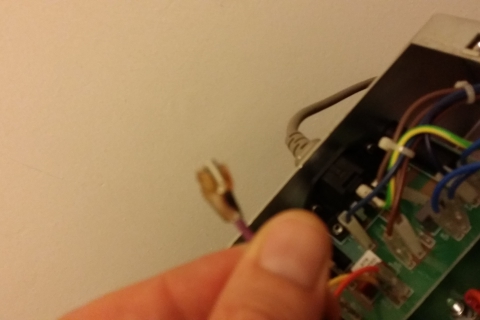 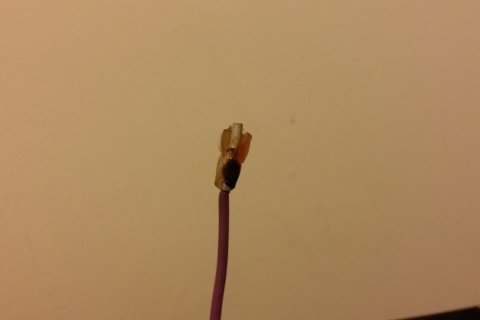 Lo-and-behold… I found this little beauty – a spade-connector going to (or from) the transformer, with arc-damage to the clear plastic insulator that covers the outside. The arcing had obviously not been particularly bad, just enough to generate some heat & blacken/melt the plastic shielding in that area.

The second thing I noticed was that this spade connector practically fell of the lug it’s supposed to lock onto. It was just stupidly loose. Spade connectors are supposed to have a nice amount of friction when you push them onto their lug, so they hold in-place. But this one had no grip at all.

I then investigated the other spade connectors, and found every connector hanging off the transformer had the same problem. The whole amp looked brand-new inside, nothing had been replaced or messed-with. But all these spade connectors were horribly loose. They were only being held in place by the curvature & slight springiness of the wires they were connected to. As a result, with connectors just barely making contact, arcing & intermittent loss of power was inevitable.

Obviously, the fix was easy, I just gave each loose spade a little squeeeze with some pliers, to close the spade up a little. Then, when pushed back onto their lugs, they gripped nice & tightly.

No problems with the amp since.

I don’t think there is any doubt the amp left the factory in this sorry state. Marshall must’ve received a bunch of loose spade connectors, & whoever assembled the amp didn’t care. It wouldn’t surprise me if there are a bunch of Marshall amps out there with this issue.